Ian Prosser is the H.M. chief inspector of railways and director of railway safety at the Office of Rail & Road.  He is responsible for the work of the Railway Safety Directorate, which strives to ensure duty-holders in the railway industry manage health and safety risks effectively and thus comply with their statutory duties. The Secretary of State appointed him to the Board with effect from 26 September 2008.

Ian was educated at Imperial College where he attained a first class honours degree in chemical engineering, followed by a Master of Philosophy in control engineering and operations research at Cambridge University. He has worked in safety critical industries for more than 39 years: originally in the chemical pharmaceutical and automotive industries, where the roles performed spanned a wide spectrum from works/production management to project and technology management, delivering improvements in safety, quality and efficiency.

Prior to joining ORR in 2008, he spent eight years in the rail industry, working for Amey Rail and Amey Operations as both technical director and Quensh director and then Metronet Rail, where he had the leading role in safety management; he was a director of both infraco companies.

Ian is a member of ORR’s safety regulation committee and periodic review committee. 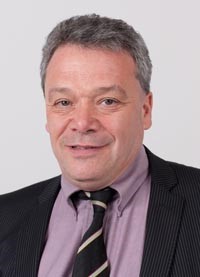